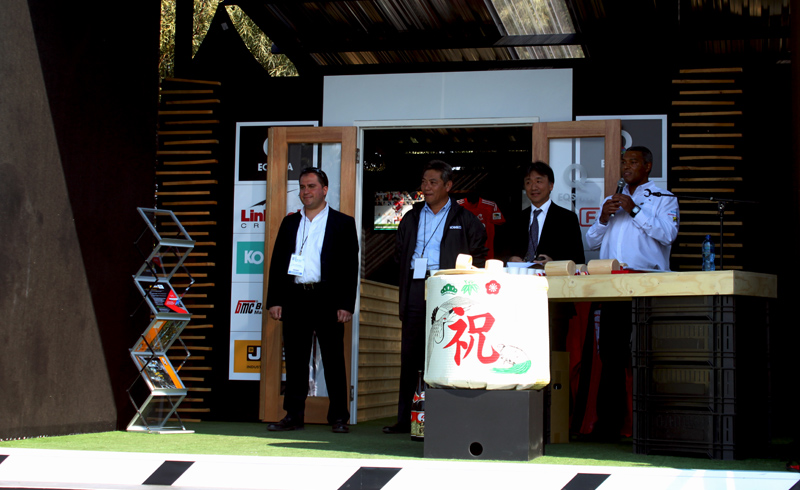 Kobelco announced its re-entry into southern Africa and its partnership with Eqstra Industrial Equipment at bauma Conexpo Africa 2015.

Kobelco International is taking a slow and calculated approach to entering Africa, with east Africa on its agenda only once it has established a sound footing in southern Africa.

Takehiko Nakai, managing director of Kobelco International, sees South Africa as a critical entry point into the southern African region. In fact, the Japanese equipment maker views South Africa and the region at large more important than other areas of the continent. He says Nakai believes that, together with Eqstra Industrial Equipment, its local aftermarket partner, they will be able to seize at least 10% of the general construction excavator market in southern Africa in five years. It is a premium brand, but he says that the fuel savings offered by its technology will be a strong selling point.

EA says: The general construction excavator market remains an overtraded space in southern Africa. Kobelco’s partnership with a more established aftermarket partner is testimony that it understands that every piece of machinery is as good as its service and sound backup provision will determine the success of its five-year plan.