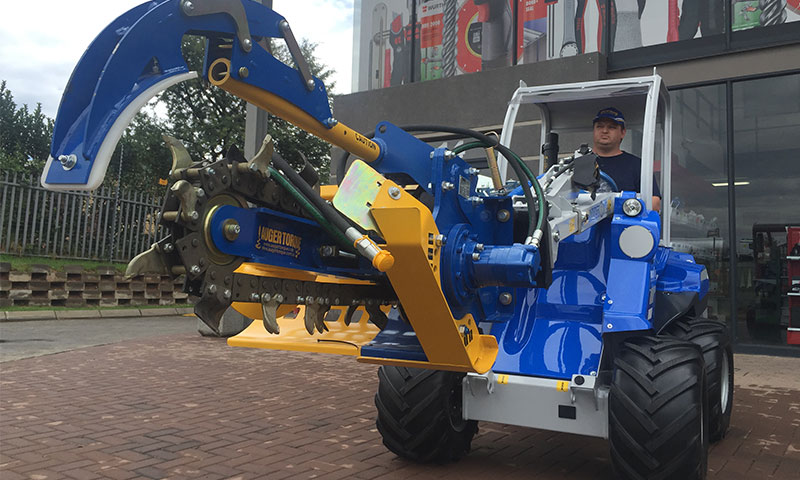 MultiOne SA is an authorised dealer for Auger Torque’s range of attachments in Gauteng, South Africa.

MultiOne South Africa (SA), the exclusive southern African dealer for MultiOne compact loaders, has been appointed the distributor for Auger Torque’s attachment range in the Gauteng province of South Africa.

The Auger Torque range of attachments was officially introduced to the African market with a distribution depot based in Cape Town, South Africa, back in 2010. Since the introduction, due to Auger Torque’s commitment to customer service, the local market is said to have reacted with great interest in the entire product range.

Lofty Van Wyk, director of MultiOne SA, says this range fits in well within the existing MultiOne attachment line. “Auger Torque attachments are more robust and durable for our ground conditions. These also attract TLB, skid steer and excavator users to our showroom where they are further exposed to alternatives, namely the MultiOne articulated loader,” says Van Wyk.

Some of the products in the MultiOne SA stable include earth drills suited for mini loaders, skid steers, truck cranes, telehandlers, TLBs and excavator ranges from 750kg to 50t. This is complemented by the entire range of augers and extensions with choices of either tungsten or rock drills.

Other products include screw pile torque heads for 24t-50t excavators; trenchers for skid steers, TLBs, excavators or mini loaders ranging from depths of 600-1 200mm and widths between 100mm and 350mm; skid steer brooms and fork lift attachments; cement mixer bowl attachments; as well as the relevant parts, accessories, wear parts and spares for all products available.

Equipment Africa says: A machine that does more on its own is a boon on site. With a diverse range of attachments, a MultiOne loader can easily undertake a range of applications on its own. Complemented by an existing range of more than 170 MultiOne attachments, the Auger Torque range means MultiOne SA has all solutions under one roof, not only for MultiOne articulated loader users, but for a whole lot of other equipment users such as skid steers, TLBs and even excavators.