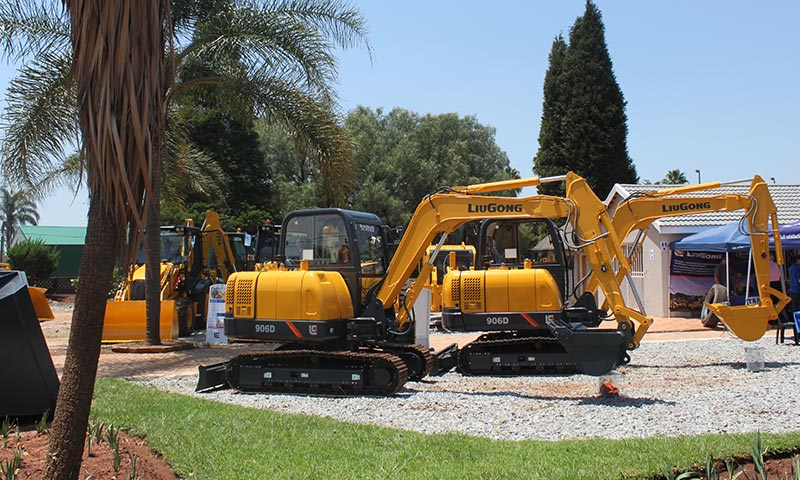 LiuGong South Africa, the subsidiary of LiuGong in charge of sub-Sahara Africa, will appoint a new dealer in Botswana at the start of June 2016, Kivanc Eren, director of Sales tells Equipment Africa. The new dealer will be named after all the formalities have been completed.

The new appointment is part of the Chinese original equipment manufacturer’s plan to increase its footprint on the continent to better its aftermarket service to its growing customer base. Already, according to Eren, 75% of the continent is covered by LuiGong dealers. “In countries where the markets are still too small, we don’t have outright dealers, but may be catered by dealers in neighbouring countries,” says Eren.

That Burgers Equipment & Spares, the LiuGong dealer in South Africa and Namibia, is growing the LiuGong brand in its areas of jurisdiction from strength to strength is also very apparent. Its recent move from a rented facility to a larger, own facility in Pomona, Kempton Park, South Africa, is testimony of the company’s continued focus to improve backup support service for users of the LiuGong range of equipment.

The new facility has more spare parts warehousing space for off-the-shelf spare parts availability, and is complemented by an outside showroom, a 750m² workshop for services and repairs and a stock yard for ready-to-dispatch equipment. The facility is triple the size of the previous one. Burgers’ investment into a new facility in South Africa is complemented by several recent investments into new branches in Cape Town, Polokwane and Rustenburg. A new branch is also in line to be established in Douglas, Northern Cape.

In Namibia, where it has been LiuGong’s authorised dealer for 10 years, further expansion has recently seen the company opening several offices in Okahandja, Swakopmund, Otjiwarongo and Walvis Bay. According to Eren, Burgers has a one-third market share in Namibia, spurred by its continued investments into aftermarket structures.

Equipment Africa: One thing LiuGong has continuously done well is the commitment to grow its dealer footprint. This is complemented by its subsidiary, LiuGong South Africa, acting as the central hub, not only for equipment and spares, but technical support for its sub Saharan dealers. The company is well aware that the quality of a product is one thing, but the availability of crucial backup service is quite another.